BONDS – Treasury five-year notes were the most expensive since June relative to two- and seven-year securities before the U.S. sells $35 billion of 2018 debt today.

COMMODITIES – Soybeans fell from a two-month high as investors weighed the benefit for developing crops of rains in Brazil and Argentina against signs of increased demand for U.S. supplies.

CURRENCIES – The yen strengthened for the first time in four days versus the dollar after minutes of the Bank of Japan’s October meeting showed some officials said they saw risks to the outlook for the economy. 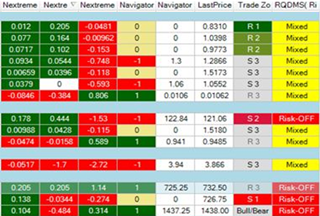