From the Desk of Joe Rios

Is volatility knocking at the door? Natural Gas continued to be the attention grabber during last week’s trading sessions with an impressive -25% drop. In the Forex market the US Dollar lost ground to most currencies. Soybeans led commodities posting a 4% gain. Stock indices closed the week strong with the Russell 2000 gaining 1.2%, Dow Jones Industrial Average 1.5%, S&P 500 1.4% and Nasdaq 1.0%. However I am taking notice that many of the stocks that led the recent rally in February closed the week with significant losses. Friday was the last day of the month, therefore perhaps it was “window dressing” related activities from the mutual funds and professional money managers. It might have been simple profit-taking or maybe something deeper that may still be under the surface. In the week ahead I will pay special attention to the stock market’s internal dynamics to determine whether it was due to month end profit-taking or the start of a new trend. I will also pay attention to further developments in the escalating conflict involving Russia and Ukraine. Rotation flows from emerging markets may also help to assess risk ON – OFF sentiment from a global perspective. The upcoming economic calendar can also add volatility to an already busy week.

The markets seem ready for aggressive price action, will you be ready? It will prove prudent to be prepared. Make sure you have your play book well thought out and remember, discipline should be at the core, from beginning to end.

Live Rooms and Events
Please take note of this week’s schedule at a glance including key economic reports that might have an impact on the markets. Live trading rooms and educational events are also listed with the appropriate links for gaining access. While some of the events are free, others are for members only. Let us know if you have an interest and we will provide you with all the pertinent information.

THERE IS A SUBSTANTIAL RISK OF LOSS IN TRADING COMMODITY
FUTURES, OPTIONS, AND FOREIGN EXCHANGE PRODUCTS 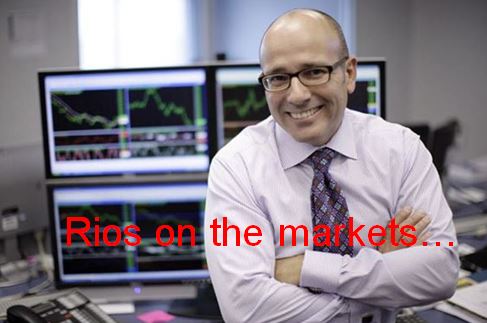 The Week Ahead – Algorithmic and Quant Trading