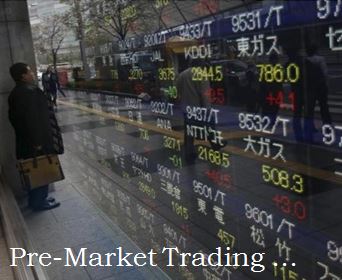 Pre-market activity and scheduled economic data that may have an impact on the global financial markets. ​

WORLD HEADLINES – The yen extended gains after BOJ Governor Kuroda dismissed the use of so-called helicopter money as stimulus. European stocks fell from a four-week high and the euro was little changed before the region’s central bank policy meeting.

BONDS – The yield on similar-maturity U.S. Treasuries was 1.58 percent. It sank to a record 1.32 percent on July 6 and analysts see it ending the year at 1.74 percent, a Bloomberg survey shows.

COMMODITIES – Gold advanced 0.5 percent after closing at a three-week low. The metal has alternated between gains and losses for eight straight days.